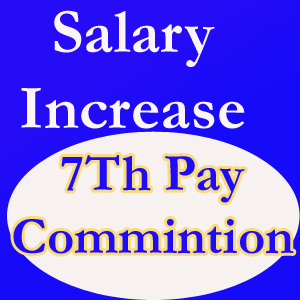 Under the 7th Pay Commission, the minimum salary of central government employees have been been hiked by the Centre to Rs 18,000. However, they have been demanding a hike in minimum salary to Rs 26,000 based on a hike as per the fitment factor of 3.68 times. This however, is a massive hike demand and the Centre is balking at taking a decision that would increase its expenditure phenomenally.
Narendra Modi government may have a number of other options on for central govt. employee.So, if not 3.68 times, the government has the option of mulling a fitment factor of anything between 2.70, 2.80 times to 3.00 times or perhaps even 3.10 times. Anything above that will increase outgo of funds by a huge amount.
Therefore, while hike to Rs 26,000 seems too large, Centre may well look at a salary hike at the minimum level to something like 20,000 or even Rs 21,000.
Any such move under the 7th pay commission will be a shock for the government as it may well upset government’s fiscal deficit target. Finance Minister Arun Jaitley wants to strictly maintain the 3.3% fiscal deficit target. Any pay hike news may lead to overshooting of the current fiscal deficit target. The government does not want to spend more money than it earns and as it is, with elections looming, it is in a situation where it must grant sops to a huge number of lobbies – from farmers to businessmen.
Nevertheless, given the state and general elections, the government cannot afford to disappoint its flock of 11 million strong employees and pensioners.