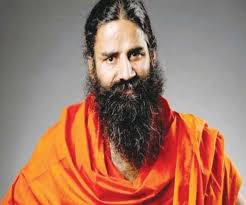 The Governing Council of Maharishi Sandipani Vishva  Vidyalay Pratishthan (MSRVVP), on Wednesday, has officially chosen Yatra Ramdev’s Patanjali Yogpeeth to set up the country’s first school board for Vedic education. That is, the proposal of the Indian Education Board (BSB) has been approved.

At the same time, according to the report of Indian Express, it was already informed that the chairperson of the Indian Education Board (BSB) will be Yoga Guru Baba Ramdev. This Vedic University will be run by Patanjali’s company Ramdev. At the same time, with the selection of Patanjali Yogapeeth, the BSB will be the first private school board to be recognized by the government. At the same time, like any board in any school, BSB will draft the syllabus, while the examination will be conducted and certificates will be issued to affiliated schools.

Significantly, in 2015, Yoga Guru Ramdev had inspired the government to set up a school board for Vedic education, but the HRD Ministry refused it. After that, in 2016, Smriti Irani carried forward this proposal of Ved Vidya.

See You till the next
article on Education